I often say that if I had one wish (besides the obvious wishes that would take first priority, like saving the world and good health and wealth for all) I would wish for the chance to go back in time. It would be difficult for me to pinpoint one specific era, but I tend to be most attracted to the 1930’s through the 1960’s, as well as the Civil War era.

Until the day that Marty McFly and Doc (from Back to the Future) roll up in my driveway in the DeLorean to act as my personal chauffeurs, I don’t think this wish is likely to come true in this lifetime. So, instead, I lie in my boudoir daydreaming about what it would have been like to live back then. Back when things seemed so glamorous and lifestyles were more formal. In my boudoir, I enjoy browsing photos of Hollywood royalty and learning about their fascinating lives.

On mylittleboudoir.com I would like to invite you to become a Hollywood Historian.

Today, the lesson is on Madeleine Carroll.

Though many women of today may not have ever heard the name Madeleine Carroll, she was one of the highest paid actresses of her time. Successfully bridging the gap between “silence and talkies”, she made her acting debut in 1928 in several films, like The Guns of Loos and The First Born. Throughout her acting career she shared the screen with other Hollywood greats like Gary Cooper, Henry Fonda and Bob Hope.

Born in England where she launched her career, Madeleine quickly became a sensation in the U.S., especially after attracting the attention of Alfred Hitchcock and starring in his 1935 British-made classic The 39 Steps. She became a naturalized citizen of the United states in 1943 where she continued her successful acting career, until a tragic event geared her heart in a different direction. 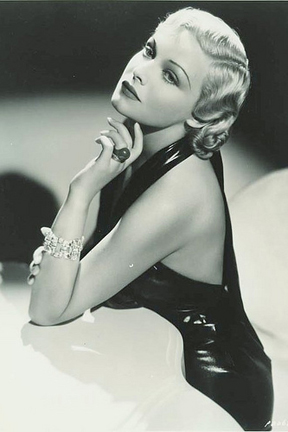 Madeleine’s only sister Marguerite was killed in the The Blitz during World War II. In 1949, after her sister’s passing, it was then that Madeleine made the decision to say goodbye to acting and devote herself to the field hospitals as a nurse with the Red Cross during the war. She was a very compassionate and giving woman. So much so that she donated her chateau outside of Paris to house 150 orphaned children. 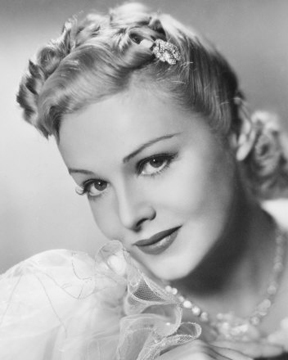 Madeleine passed away in Spain in 1987 at the age of 81. She will be remembered,
not only as Hollywood royalty, but also as a great humanitarian.

I hope you enjoyed today’s lesson in Hollywood history!