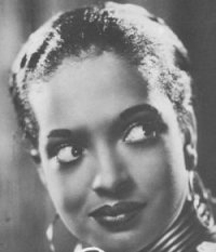 In a society that often defines old Hollywood beauty and talent as Jean Harlow, Marilyn Monroe and Betty Grable, it is important to remember that there were many many beautiful and talented women in old Hollywood that simply didn’t get the exposure they deserved then, and still today, aren’t publicly recognized as the legends that they truly are. One of these women is Nina Mae McKinney.  She is the topic of this month’s Hollywood History lesson. 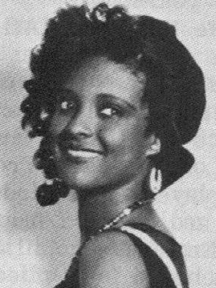 Born June 13, 1913* in Lancaster, South Carolina as Nannie Mayme McKinney, to Hal and Georgia McKinney, she was left behind with her Aunt, Carrie Sanders, when her parents moved to New York. During that time she became interested in the performing arts. It was in South Carolina where McKinney first appeared in some plays at the Black Lancaster Industrial School, where it is said that she would often memorize the lines of the entire cast. 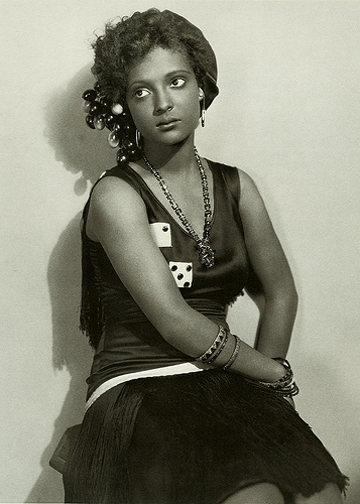 As a young teenager McKinney was able to leave South Carolina to be with her mother in New York. This is when she changed her stage name to Nina Mae and began her career. She was first cast as a member of the chorus in Blackbirds, a Broadway play.  This performance is was her breakout role, gaining her the attention of the famous MGM producer, King Vidor, who upon his discovery of McKinney, cast her in her first film, Hallelujah (1929), where she danced the seductive Swanee Shuffle. Hallelujah was the first feature film to include sound that had an all-black cast. The movie did not receive any big accolades at the time, but it is most certainly seen by historians and a breakthrough in an industry that was very much racially divided. 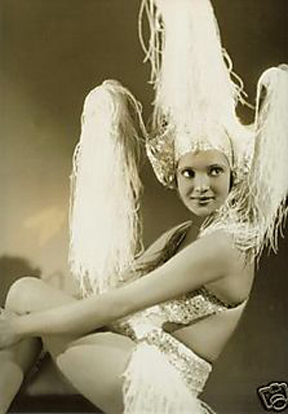 Dreaming of making it big in Hollywood, McKinney signed a five-year deal with MGM. Unfortunately this dream was hardly fulfilled, given the racial injustices of those times. While some may have viewed the 1930’s as a breakthrough, of sorts, for black women given that Hattie McDaniel and Butterfly McQueen played in the Academy Award winning film, Gone with the Wind, the roles for black women during these times still mostly consisted of housekeepers and slaves.

With McKinney bound to be a glamorous starlet with talent and beauty suitable for leading roles, MGM didn’t know what to do with her. Throughout her five-year contract with them, they only cast her in roles for two movies, Safe in Hell (1931) and Reckless (1935). Even in these films, many of her scenes ended up on the cutting room floor, yet MGM had no problem using her beautiful voice to dub over some of Jean Harlow’s songs.

Nonetheless, all of this experience helped Nina Mae McKinney achieve top roles in movies with all-black casts. She starred in many movies throughout her career, including Sanders of the River (co-starring with Paul Robeson), Dark Waters and Pinky.  Even though McKinney unfairly lacked the exposure to the general public that many other actresses had, she was always a showstopper and continued to perform wherever she could. 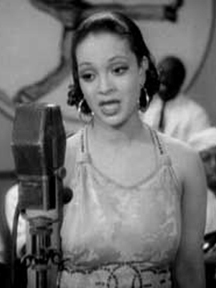 Realizing the limitations holding her back in the United States, McKinney, with her amazing talent and stunning beauty, moved to Europe where she became known as “Black Garbo”. During her time in Paris, London, Dublin and Budapest, she acted in plays, cabarets and films. She was also one of the the first African-Americans to appear on British television. When the war in Europe began, McKinney returned home to New York, where she married Jimmy Monroe, a jazz musician. 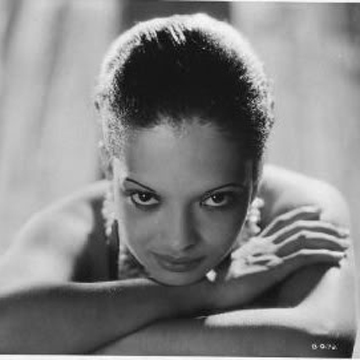 She went back to Europe, and resided in Athens, Greece for much of the 1950’s and part of the 1960’s, where she was known as the “Queen of Nightlife”, until she returned to New York. Upon her return to the U.S. McKinney was no longer performing and passed away from a heart attack on May 3, 1967. Sadly, her death did not make the headlines, but in 1978 her talents were recognized when she was inducted into the Black Filmmakers Hall of Fame. 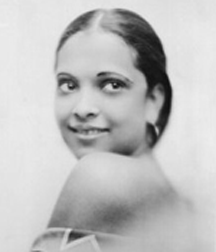 I think it is important for people now days to realize the struggles that many very talented and beautiful entertainers went through in this country, simply because of the color of their skin. This was a time when Hattie McDaniel, the first black woman to win an Oscar, was banned from the premier of that very movie (Gone With the Wind) in Atlanta Georgia, Ella Fitzgerald was banned from performing in Los Angeles nightclub venues and (even years later) Sammy Davis Jr. was escorted through the service entrances of the fancy Las Vegas hotels in which he was performing.

Nina Mae McKinney was a very talented woman and stunning in appearance. She shall be remembered, not only as one of the Hollywood greats, but as someone who withstood the discomfort of inequality allowing those who followed in her footsteps, like Lena Horne and Dorothy Dandridge, to experience a brighter journey. 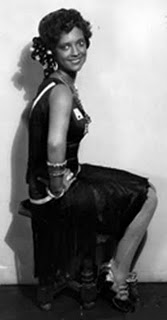