Thinking Outside the Boudoir: The Prince and the Showgirl

As you’ve probably already noticed by now, I have added a soundtrack to My Little Boudoir.

Ever since I can remember I have always enjoyed having music playing in my boudoir. As a young child, I enjoyed playing my Snow White and Sesame Street records on my red Orphan Annie record player. In second grade, I received my first cassette tape player (aka boom box, ghetto blaster…you get the idea) where I played my first tape, Whitney Houston, over and over again. As a tween it was New Kids on the Block, Neneh Cherry and Madonna. As a teenager it was the CD player with genres ranging from classical to rap and country to reggae. 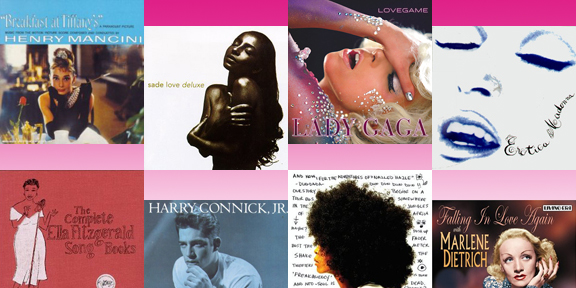 Over time I’ve developed a wide range of taste in music. With that being said, the My Little Boudoir Soundtrack somewhat expresses this range and so you may go from a slow Audrey Hepburn song to an upbeat Lady Gaga song.

You may like all of it. You may only like some of it. Or, you may like none of it. Therefore, I’m going to give a quick lesson on how to use the play list.

Q: How do I turn the music off?

A: Simply scroll down on the homepage of mylittleboudoir.com,
find the Soundtrack on and click the pause button
(or mute, turn down or turn off your sound). 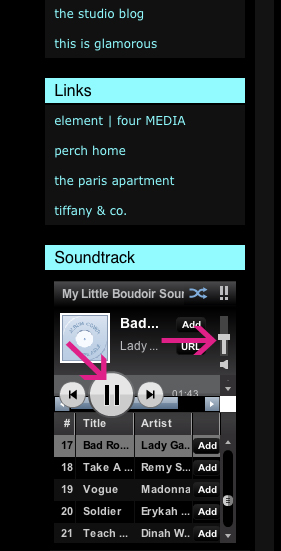 Q: How do I change songs or replay a song?

A: You can scroll up and down within the playlist
or click on the left/right arrows to select the song of your choice. 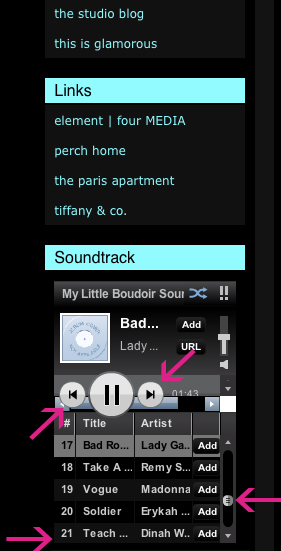