Winner: Signed Copy of “Summer at Tiffany” by Marjorie Hart

Sunday’s Best: Bumpkin on a Swing

No, I did not misspell “Monroe”. Marilyn Merlot is just as it sounds…a nice blend of Marilyn Monroe and Merlot wine.

One evening in 1983 over dinner and a bottle of Merlot, a small group of friends who dabbled in homemade wines, dreamed up Marilyn Merlot. In 1985, they started Marilyn Wines and gave birth to the official “legendary” wine collection…Marilyn Merlot. A moderately priced collectible wine with the breathtaking  Marilyn Monroe on the label. Each year on June 1st, in honor of Marilyn’s birthday, a new bottle is released.

A few days ago, a bottle of 2008 Marilyn Merlot was released. This is the image that graces the front of the bottle…

While these bottles retail for around $30-40 USD when released, they quickly sell out and increase in value. I began collecting back in the late 1990’s, but have slacked off a little in recent years. The first bottle I purchased was a 1997. At the time it was around $30 from the wine department of a local grocery store. It now retails for $200 on MarilynWines.com. 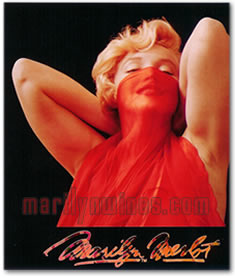 I then purchased the 1996 from MarilynWines.com, which was a bit more expensive since it was older (the value has now increased to $225)…

…And then for a few years made sure to purchase a bottle right at the time of release so I didn’t have to pay the higher prices again. To be honest, I don’t collect them for their worth, because I really don’t intend on selling them. I collect them because I adore Marilyn.

Now, I know I said I don’t collect them for their value, but guess what…the first bottle relased, from 1985, is now worth $3,800. Really any of the bottles from the 1980’s are worth over $2,000 if in perfect condition. So…you’d better get out quickly and buy a bottle…or two (one to collect and one to enjoy)!

They also produce some other Marilyn inspired lines, like Norma Jeane – A Young Merlot (which is a little more affordable and released in November), Marilyn Cabernet, Blonde de Noirs, and more. 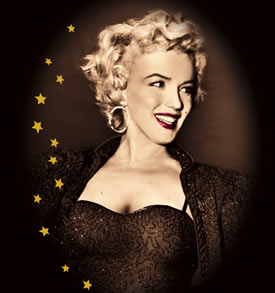