Thinking Outside the Boudoir: Auntie Mame

I found out about Harlem Toile, by designer Sheila Bridges, in a magazine recently and immediately wanted to share it with you.

Many people say that I have an old soul. I am very drawn to historic times, although all too often depictions of American History are very one-sided and leave out the important role of African American culture and accomplishments. Sheila Bridges explained on the Nate Berkus Show that she always loved toile, but never really found a  print that spoke to who she was. So, she created the Harlem Toile de Jouy. The initial appearance is very traditional 17-century French Toile, but it was designed to showcase the life and culture of Harlem (which is where she has lived since 1986). There are images of people jumping rope, dancing, playing basketball, etc.

This toile pattern can be purchased on SheilaBridges.com in the form of fabric, wallpaper, dishes, etc. It comes in many different colors which vary depending on whether you’re buying wallpaper, bedding or fabric. On Sheila’s website she has some clips from when both she and Gayle King were featured on the Nate Berkus Show. They both have the yellow toile wallpaper in their kitchens, but I think it would be a lovely addition to a boudoir. I can just imagine the walls (or even one wall) covered in the wallpaper or a chair reupholstered with the fabric. It would even be darling in a little girl’s boudoir. I especially love the Pistachio, Pink and Hydrangea for the fabric and and Robin’s Egg and Dove for the wallpaper. 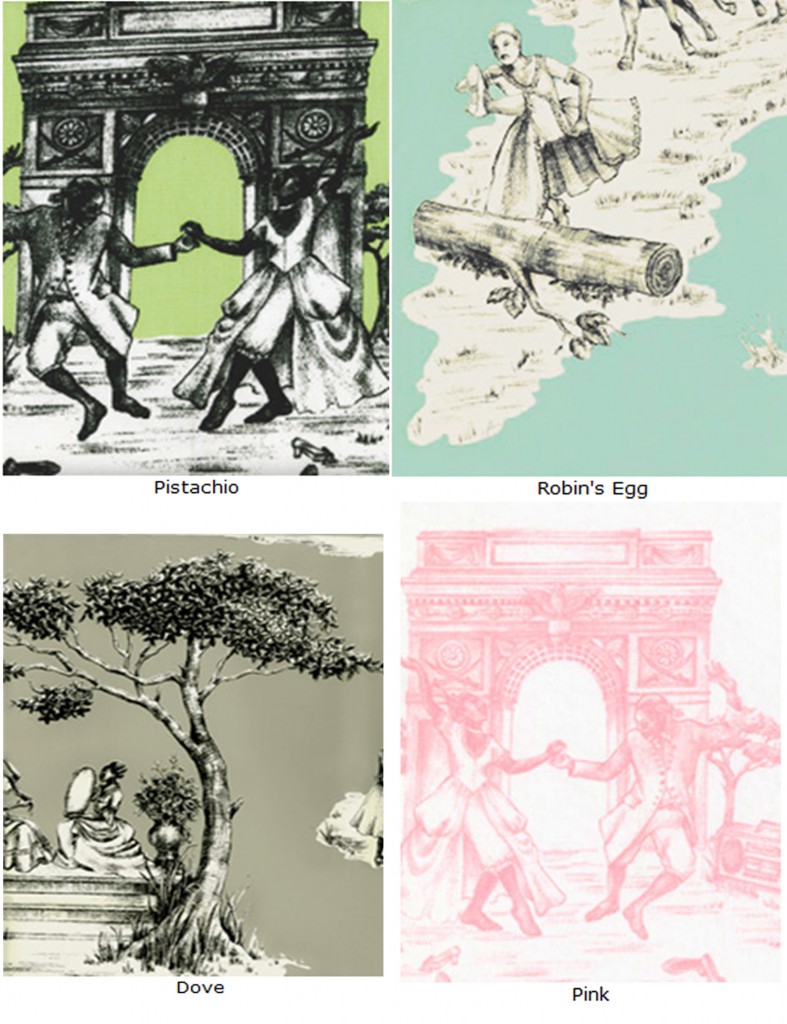 I just love the fact that there is now a toile available that represents a piece of African-American culture. Really, I love just about all toile, but I do believe that everyone should have an opportunity to make their home a place that reflects ones self and family.