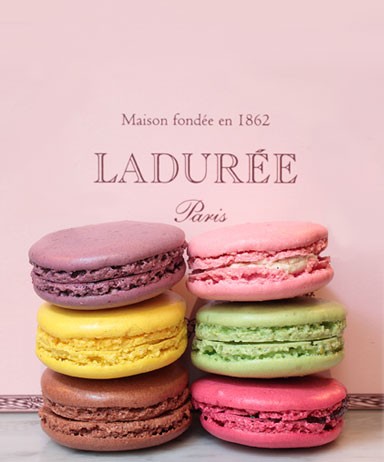 Yep, that’s right! The most fabulous macaron shop in the world is coming to NYC! This opulent patisserie is located in the upper east side at 864 Madison Avenue.

Yes, I know that there are many other bakeries that sell macarons in NYC, but I’m a sucker for fancy packaging and, well, their packaging makes me swoon. I’ve never been to Laduree, but I would love to go and certainly plan to next time I’m in NYC.

I’m certain their macarons have to be the best on the planet. After all, they basically invented the little piece of heaven.

Here is the story as they tell it on Lauderee.fr:

“The story of the Ladurée macaron starts with Pierre Desfontaines, second cousin of Louis Ernest Ladurée, who at the beginning of the 20th century first thought of taking two macaron shells and joining them with a delicious ganache filling.”

Oh, and did I mention that the NYC location will have a signature flavor…cinnamon raisin, which will make its debut in September 2011.